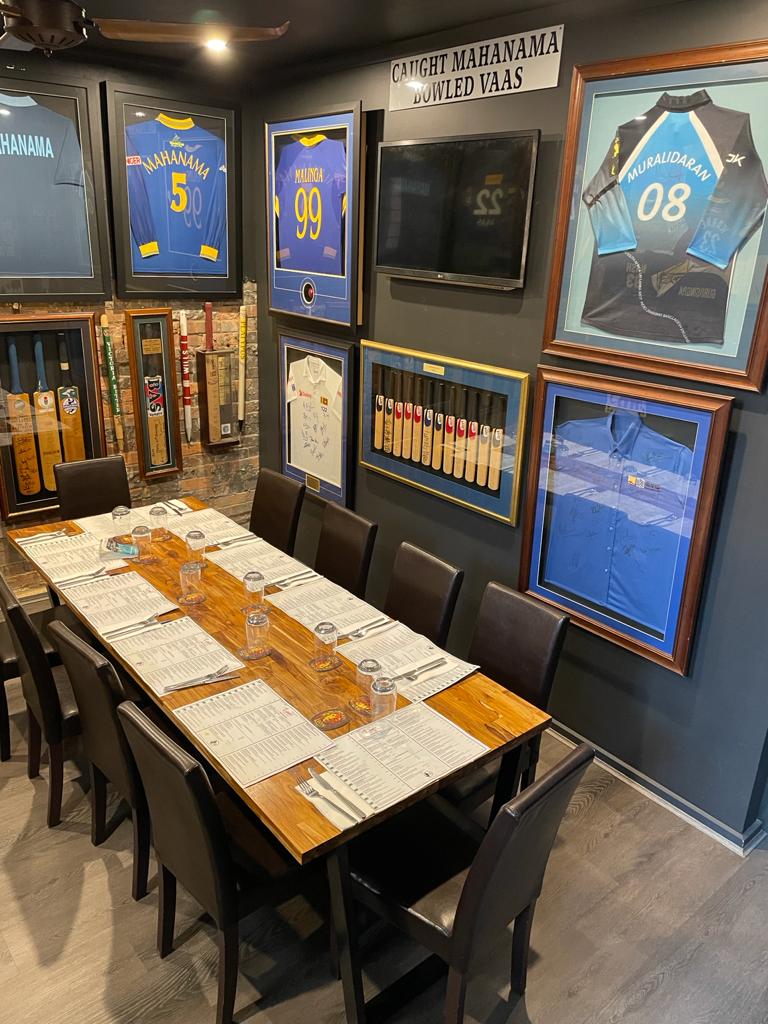 We think our kitchen team are pretty special. Formal qualifications are few but what they have in abundance is a love of food that has come from their childhood.

Nara our head chef grew up in Chilaw located in the North of Sri Lanka . From the age of ten he would rise at dawn to help his mother make string hoppers for their humble roadside vegetarian kadde, before going to school.

In the afternoon it was back to work making the Roti and helping serve customers with his two sisters. The family worked hard to survive in a difficult period of Sri Lanka’s turbulent history. The only respite from cooking was nearly every Sri Lankan’s other great love ... his cricket practice that he attended several times a week.

When you are exposed to food and flavours at such an early age it becomes ingrained. The food you produce comes from childhood memories with the family that cannot be found in a cookbook.

We are forever thankful that Nara and the rest of his team found their way to Melbourne to bring a little slice of Sri Lankan authenticity to our shores. As our Tagline says ...We are Simply Sri Lankan.

After leaving Melbourne and returning to Sri Lanka his home of birth for a 12 month break from hospitality, it wasn’t long before the smell of spices had David Cruse longing for a new project.

In 2013 Teaming with Upali Dharmadasa a well renowned industrialist and former chairman of the Sri Lankan Cricket board, together they gutted Upalis former family home in upmarket Colombo 7 with David’s wife Cathy and turned it into one of the most successful restaurants in the city.

Catering to locals and tourists alike who were all yearning for the the authentic flavours of traditional Sri Lankan cuisine without the current trend of turning everything into a mish mash of fusion flavours “Upalis” went from strength to strength with the Tagline ... Simply Sri Lankan.

In 2015 “Upalis” came to Australia with Cathy returning home to setup and run the Melbourne operation whilst husband David continued to travel between the two.

Melbourne operates with a similar menu to Colombo and retains the same concept of serving traditional authentic Sri Lankan cuisine .

The 12th Man Bar adjoins Upalis Restaurant and is filled with cricket memorabilia signed by Greats from past and present. A casual place for a drink whilst watching the latest sports or for a quiet cocktail in the rear garden. The bar has a private room for small gatherings where all the favourites from Upalis can be served.

Although the world has been turned upside down in recent years, Upalis has continued to thrive on the knowledge that if something is simple and authentic...You can’t go wrong.

Some items went out of stock while you were ordering.

Reduce these items to proceed!

Go back and reduce!

Fill out this form to make a reservation